While industry economists at the National Association of REALTORS®’ Real Estate Forecast Summit last week were optimistic about the housing market's performance in 2020, they also discussed challenges that continue to throw markets off balance. One big one: the continued need for more new construction to meet new household formation and replace obsolete stock.

The 14 economists, who delivered a consensus forecast last week, expect home sales and price gains to continue into 2020, albeit at a slower pace. “Real estate is on firm ground with little chance of price declines,” says NAR Chief Economist Lawrence Yun. “However, in order for the market to be healthier, more supply is needed to assure home prices as well as rents do not consistently outgrow income gains.”

Economists at the NAR summit pointed to several factors that are making it harder to get new supply into the market.

Cost of construction lending: The Federal Reserve’s policy of easing in 2019—the federal funds rate is currently 1.75%, compared to 2.25% a year ago—should lead to more affordable housing, all other things being equal, said Michael Neal, senior research associate with the Urban Institute. However, when you look at construction loans, that may not be the case. Builder loans are tied to the prime rate, which correlates closely with the federal funds rate. “All else equal, an easing of monetary policy should reduce construction costs,” he said. However, “there has been some survey work by the National Association of Home Builders showing that maybe rates on acquisition development and construction loans have not come down with the easing of monetary policy. That’s certainly a trend that’s worth exploring.”

Shortage of labor: Greater employment has drawn workers away from construction jobs, making it more difficult for builders to keep projects on schedule. In Texas, where job gains are making it hard for inbound workers to find any home—let alone an affordable one—skilled workers have been drawn by higher-paying jobs in fracking, the practice of extracting oil and natural gas from shale, said James Gaines, chief economist at the Real Estate Center at Texas A&M University. Truck drivers can earn much more in the fracking industry than they could driving concrete trucks on a construction job, he said.

And Texas isn’t alone. Currently, there are 338,000 jobs open in residential and nonresidential construction, above prerecession levels, said Danushka Nanayakkara, assistant vice president of forecasting and analysis for the National Association of Home Builders. “The biggest issue is the lack of skilled labor,” she said. The Great Recession drove many construction workers out of the labor force, and those that remain are aging, she added. “Young people are not interested in going into trade schools and construction trade. Also, women make up only 9% of construction sector jobs, when women make up almost half the entire labor force. The immigration crackdown has also choked off new labor supply.”

Shortage of buildable lots: Fracking, which is prolific in states like Texas, may also be disrupting builders’ ability to break ground on new homes. The NAHB’s Nanayakkara said nationally two-thirds of builders are reporting there aren’t enough lots to build on. Median lot sizes are going down, and costs are going up. The solution she said, is to create “more efficient zoning rules, and bring more land into the system.” (Zoning reform and the need for nontraditional housing types to fill in the gap were other big topics of discussion at the Summit.)

High regulatory costs: As a share of a home price, the average for regulatory costs is almost 25%; on the multifamily side, the cost is as high as 32%, Nanayakkara said. That’s an issue the Trump administration is addressing. Department of Housing and Urban Development Secretary Ben Carson, also speaking at the summit, said as much as 80% of the government regulations that restrict the construction of affordable housing occur at the local and state level. But the administration’s White House Council on Eliminating Regulatory Barriers to Affordable Housing is looking at what hurdles could be eliminated at the federal level. “There are a whole lot of regulations that have been on the books for decades—in many cases, 50 or 100 years—that have nothing to do with what's going on today.”

It’s not just new construction that’s lagging. The nation’s existing housing stock needs work to prepare for the aging of the baby boomer generation, said Kermit Baker, senior research fellow at Harvard University’s Joint Center for Housing Studies and chief economist for the American Institute of Architects. “The oldest baby boomers are approaching their mid-70s, and that’s a time when you start thinking about accommodations in your home,” he said. “The match between the housing stock we have now and the emerging needs of our population is a huge disconnect.” Baker added that builders need to focus on three main accessibility criteria: single-floor living, no-step entrances, and wide hallways and doorways. 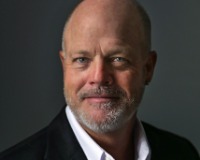 I have been a Florida Licensed Realtor for over 24 years, have SOLD more than $550,000,000 worth of every kind of real estate from Pensacola to Destin to 30A and Panama City Beach. With over 20 years....

CEO of Realtor.com Operator Move: 'The Game's Not Over'

BY ANDREA V. BRAMBILAJune 03, 2020David Doctorow has now been CEO of realtor.com operator Move Inc., a News Corp. subsidiary, for five months and he takes exception to the

Inventory continues to fall in June

Housing inventory across the US was down 27.4% year over year, or approximately 363,000 fewer homes during the same period last year, according to realtor.com.Although buyers appear to have regained

Buyers Are Drawn to ‘Right-Sizing,’ But Also Leery of Losing Space

Moving to a smaller space is not just for empty nesters and retirees anymore, says Sheri Koones, author of Downsize: Living Large in a Small House (2019, The Taunton Press). Younger people are