Housing Market Still in Growth Mode Going into the Holidays

Buyers across the country remain hungry for real estate going into the holidays even as their options grow pricier and less abundant. The realtor.com Housing Demand Index – which tracks growth in online home searches nationwide – increased to 124.0, well above the January baseline, and up 1.1 points over last week.

Markedly, homebuyer interest continues to grow against the backdrop of record level price gains. The realtor.com Housing Price Growth Index – which tracks movement to asking prices nationwide – increased to 109.9 points, also well above the January baseline, and up 0.4 points over the prior week.

Price gains continue to build steam nationally, but the story in the country’s largest cities may be starting to shift slightly as we approach the new year. Looking at the biggest 50 metros nationwide, 26 are now seeing asking prices growing slower than their January baseline. That’s five fewer markets than the prior week, and nine fewer compared to the early October.

While index components remain variable and increasingly localized, the overall index nationwide suggests the U.S. housing market is past recovery mode and officially in growth mode. Having spent 21 weeks above the January baseline, the overall realtor.com Housing Recovery Index remains strong at 110.4, despite a 2.4 drop over last week. The market could absorb some momentum loss during the new year and still start 2021 at a faster pace than 2020.

The ‘housing demand’ component remained visibly above recovery and increased to 124.0 this past week, an increase of 1.1 points over the prior week. While record-high prices, short supply and economic headwinds pose significant challenges, the lineup of buyers has not gotten significantly shorter since May.

The ‘home price’ component continued a steady increase to 109.9 points this past week, 9.9 points above the January baseline and up 0.4 points over the prior week. With supply at record lows and buyer competition showing continued strength, sellers have newfound leverage, enabling the fastest listing price growth recorded in more than two years.

The ‘pace of sales’ component – which tracks differences in time-on-market – remains well above the pre-COVID baseline at 116.2 but decreased slightly by 0.7 points over the past week. Buyers and sellers are continuing to connect at a record pace going into the holidays.

The ‘housing supply’ component – which tracks growth of new listings – remains above the recovery point this week, but barely. This week the supply component fell  100.7, down 7.9 points over the prior week but 0.7 points above the January baseline. A sustained rebound in newly listed homes for sale remains elusive and highly localized. While encouraging that new listings are coming onto the market at a rate similar to that before the pandemic, for many markets, greater growth in new listings would be required to alleviate tight market conditions.

The Recovery Index in the 50 largest metros fell across regions this week, however the majority of the decrease can be attributed to a deceleration in the Supply Index. Seller activity remains variable and while the previous week, which covered Thanksgiving, was highly active compared to Thanksgiving in 2019, seller activity normalized this week. The Price Growth and Pace of Sales indices also decreased across regions this week, which could signal some softness in the market, were it not for continued increases in the Demand Index.

47 of 50 Largest Markets Now Above the Recovery Benchmark

Locally, a total of 46 markets have crossed the recovery benchmark as of this week, two less than the previous week. The overall recovery index is showing greatest recovery in San Jose, Los Angeles, San Francisco, and Las Vegas, largely driven by improvements to the inflow of both buyers. This week, only Oklahoma, Buffalo, Miami and Memphis remained below the baseline.

In the ‘housing demand’ component, all 50 markets are positioned above the recovery trend, the same as the previous week, as buyer demand remained strong after Thanksgiving. The most recovered markets for home-buying interest include Boston, Sacramento, Minneapolis, San Jose and New York; with a housing demand growth index between 142 and 148.

In the ‘home price’ component, 24 of the 50 largest markets seeing growth in asking prices surpass the January baseline, five less than the previous week. In the top 10 most-recovered markets, asking prices are growing at 12 percent year-over-year, on average. The most recovered markets for home prices include New Orleans, Riverside-San Bernardino, Austin, Houston and Detroit; with a home price growth index between 109 and 115.

In the ‘pace of sales’ component, 45 of the 50 largest markets are now seeing the time on market index surpass the January baseline, one less than the previous week. In the top 10 most recovered markets for pace of sales, time-on-market is now down 22 percent, on average, year-over-year. The most recovered markets for time-on-market include Los Angeles, Las Vegas, Louisville, Virginia Beach, and Riverside-San Bernardino; with a pace of sales growth index between 130 and 165.

In the ‘housing supply’ component, 26 of the 50 largest markets saw the new listings index surpass the January baseline, three less than last week. Interestingly, markets where new supply is improving the fastest tend to be higher priced than those that have yet to see improvement, suggesting sellers are more active in the more expensive markets. The most recovered markets for new listings included San Jose, San Francisco, Seattle, Los Angeles and Boston; with a new listings growth index between 131 and 176. 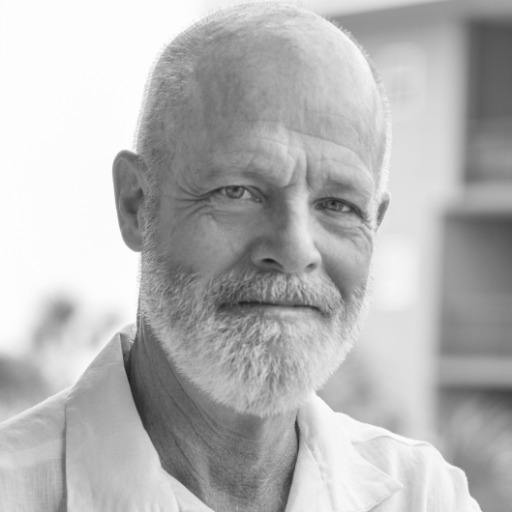 I have been a Florida Licensed Realtor for over 24 years, have SOLD more than $550,000,000 worth of every kind of real estate from Pensacola to Destin to 30A and Panama City Beach. With over 20 years....

'A Super Hot Market': Economists Weigh In On What To Expect In 2021

A handful of economists shared with Inman their forecasts for home sales and prices, inventory, the impact of a coronavirus vaccine and the risk of another recession.The housing market will enter

Housing Market Still in Growth Mode Going into the Holidays

Winning as a Buyer in a Robust Sellers’ Market

National Housing Market Forecast and Predictions: Back to NormalTo say 2020 was a year of surprises is an extreme understatement. What started off as a bright year for the housing market and the